The smoke signal has appeared above the Vatican, confirming that the Pope has chosen a series of finalists for the 15th Annual Game Developers Choice Awards–finalists that will lead us into a glorious new future full of space operas and shadowy figures and what the hell: maybe an entertaining achievement or two.

…at least that’s how I think these things work.

The most frequently repeated name by far is Middle Earth: Shadow of Mordor, with a scattering of Hearthstone, Destiny, and Alien: Isolation for good measure. 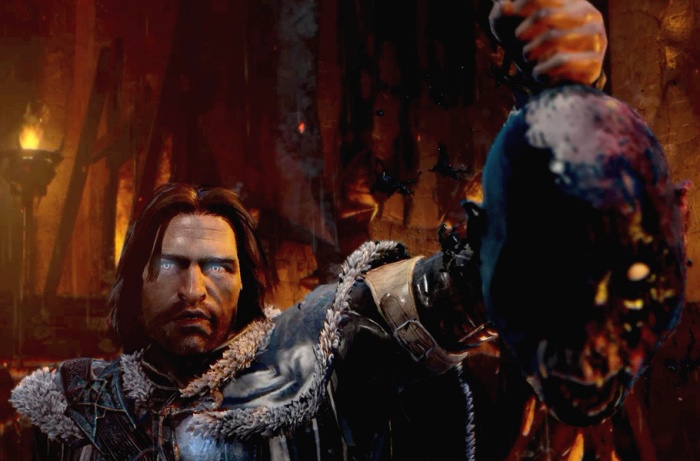 The Awards take place on March 4th, and I thought I’d take a minute to go over some of the finalist choices and do some good ole fashioned prophecizin’.  So let’s consult the bones and get in on the discussion:

My instincts tell me that it’s no question: Shadow of Mordor is one of the most talked about games of 2014, topping many a “Best Of” list. However, something about Hearthstone‘s presence on this list reminds me that my instincts also led me toward wearing JNCOs for several of my formative years. Actually, the only game on this list that I’d count as baffling would be Destiny, which, despite its many admirable qualities, feels like it has too many problems to be included here (particularly ahead of Nintendo favorites like Super Smash Bros.).

This War of Mine has stirred more than a few people up. By most accounts, it’s emotional, draining, and thought-provoking, all while possessing a heavily addictive quality that is omnipresent in less complicated games. “Fun” isn’t the right word, but it isn’t too far off. I think this precarious balancing act is what sets this war time sim up as most innovative, if only for the thousands of discussions it seems to have nurtured into existence.

I’ve gotta go with Yacht Club on this one. From its Kickstarter to its gameplay to its music, Shovel Knight is a game and a story that seems to get everything right. And best of all, it’s a fine example of a game that just wouldn’t be possible without crowdfunding: a niche game that turned out to not be quite so niche after all. Because Shovel Knight is a lot like Fresca: you’d love it if you’d just try it, you buncha jackasses!

This one’s a little tougher, as there’s so little original design here. I certainly don’t mean that out of disrespect, it’s just that the vast majority of the games on the list, as good as they are, can draw a line to their inspirational source material pretty clearly: Mordor improves on the stabby stabby of Assassin’s Creed, Shovel Knight pogos off the shoulders of Duck Tales and Mega Man, Hearthstone is a brilliant Frankenstein’s monster of every CCG in existence, etc. DA: Inquisition is a dubious choice, as it appears to be trying too hard to be an MMO in a single player game. So that puts my vote on the shoulders of Captain Toad, a game that has been fairly universally loved for its puzzle style and, god forbid, how hands-down adorable it is.

I would love to see the understated beauty of Monument Valley or Child of Light win this thing. Or to see a few more tilts of the hat to the gorgeously bleak “retrofuture” of Alien: Isolation. But as long as these choices are on the same list as Bayonetta 2, I just can’t predict in their favor. That game is a hyperbolic carnival ride on a color wheel that has been soaked in LSD–it’s ridiculously lush, and tremendously fun to look at.

If I had a tough time predicting some of the other finalists on this list, Best Audio was not one of them. Alien: Isolation has some of the best sound design I have seen in years. Every creak of the Sevastopol Space Station– every hiss and scream and bleep and boop–it’s all placed flawlessly. And anyone who has spent an evening with their headphones on while screaming for mercy at their computer knows just how effective the whole audio package is. 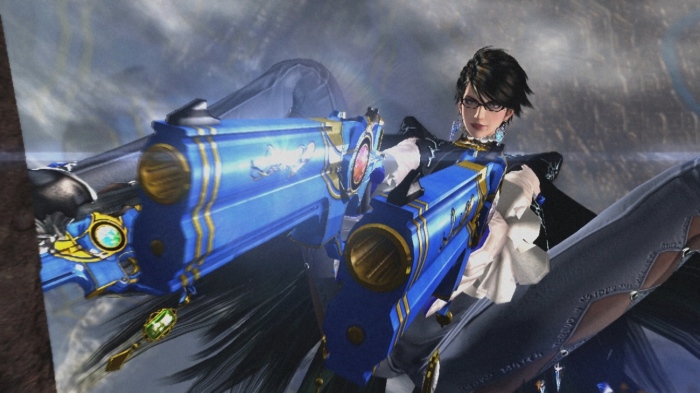 We’ll see how accurate my guesstimations end up being in March–in the mean time you can see the full list of nominations and honorable mentions here.

What about you readers? Any personal favorites? Think I’m right on the money? Full of shit? Or somewhere in between: clutching dookie-smeared tens and twenties? Comment and tell me where you think this train is going.