Horror methuselah and graphomaniac Stephen King tells us in the afterword of his latest book Doctor Sleep that he is not the same man he was when he wrote The Shining.  This is presented as a warning, but if there’s anything that King’s gasp-inducing body of work has taught us, it’s that change is not necessarily a thing to be feared.  As a reader with an open mind, I delved into this much-anticipated sequel cautiously but hopefully, and was glad I had equipped both by the final page.

The book picks up a mere few years after the events that occurred at the Overlook Hotel, and moves quickly across time.  Danny Torrance has picked up his father’s Old Crow-swilling habits, but gets his life back on track in record time.  Just in time, in fact, to become embroiled in the lives of a girl with a powerful case of the Shining who is being hunted by a pack of what can only be described as psychic vampires known as the True Knot.  King shows quite a bit of restraint in Doctor Sleep, leaving out at least two hundred pages of background for each character, yet still managing to create some believable, likeable characters.  Instead, the majority of the book centers around an odd sort of road trip between Abra (Dan’s psychic protégé) and the power-hungry True Knot, leading up to our grand, final battle.

My enjoyment or disappointment in this book comes directly from its source material, and how it all fits together.  As a book, I found it to be fairly enjoyable and definitely well-written.  As a sequel, I felt that it missed the mark entirely.

The most important thing to point out about Doctor Sleep is that it’s not a horror novel.  While The Shining was a classic, painted on the canvas of suspense with the pigments of claustrophobic mindfuckery, Sleep feels almost like a low-powered superhero book.  And a handful of references to the original source material aside, I had to wonder why this had been written as a sequel at all.  It’s possible that it would have been a stronger piece if allowed to stand on its own, with no mention of croquet mallets or REDRUM or moving topiary bushes. 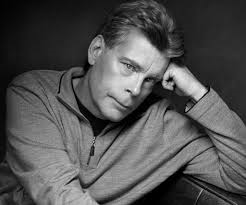 That said, I won’t deny the thrill that I felt at learning the fate of various characters or hearing about different places and points of The Shining expanded upon and further fleshed out after decades have gone past.  But so little is divulged as to make many of these references insignificant.  Take Dick Hallorann, for example.  He makes some early appearances in this book, and his bond with Danny (now Dan) is as clear as it ever was.  But his role is minor at best.  In fact, the roles both he and Dan’s mother Wendy play in Doctor Sleep are minor to the point of insult.  They survived the same nightmare Danny did–can’t we throw them more than a handful of flashbacks, for god’s sake?

It’s inevitable that a sequel will be compared to the original, and that’s going to account for a fair amount of any grievances a reader might have with this book.  So when I was allowed to just enjoy the ride, so to speak, and read this book as its own tome with no thought to the original, I found that I could enjoy it quite a bit more.  Take the new characters, for example.  Abra is an absolute sweetheart, and the paternal feelings Dan has for her are immediately understood and accepted.  I truly enjoyed any moment that the two of them spent together.  Rose and her True Knot are a genuinely interesting gang of villains.  Oh sure, they have some pretty hokey moments–they hold hands and chant together, the image of which is less satanic cult and more new-age old folks home.  But they’re all incredibly varied, and the sickness and starvation that they believe Abra can cure lends a frightening desperation to their murderous motivations.

Dan’s past life is appropriately unsettling, and the life that he sets up for himself is heartening and hopeful.  You’re genuinely happy to see him starting to lay his demons to rest, and the way he gets his nickname “Doctor Sleep” is both spooky and beautiful at the same time.

Dan and several of the supporting characters are in Alcoholics Anonymous, which…

…You know what?  I’ve been trying to figure out some sort of elegant and/or literary way to put this, but I just can’t.  I’m just going to have to come out and say it:

Mr. King.  I want you to know that I am a great admirer of what you do.  Your writing has inspired myself and countless others in not just our own writing endeavors, but our lives in general.  Thank you for that.  But if I have to hear one more character begin a sentence with “Well, you know what they say at the AA meetings…” I’m going to break a gin bottle over the head of a newborn baby deer.  I’m happy you’re sober–I know alcoholism is a struggle for you, as it is for many people I know, including close friends–but you don’t need characters bringing it up every five fucking pages.  It never ends, Mr. King!  There’s more AA in one of your books than on a battleship!  I know that you’re supposed to write what you know, but for god’s sake–there’s a limit! 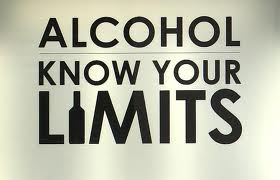 Also true to the Stephen King stereotype, the climax of Doctor Sleep feels a little weak.  Well, perhaps “weak” isn’t quite the word.  “Rushed” makes more sense.  Because it’s a great climax–it’s got some terrific moments.  But after hundreds of pages of buildup, it feels like everything got settled damn fast.  It’s a slow burn to disappointment.  You’re building to the final, harrowing moment for all the marbles.  Bets are off.  You’re building and building and building and it happens and you’re catching a trout on a dock in Lake Manataka and it’s over and what the ever-loving hell?  I mean, the idea of Doctor Sleep‘s climax is pretty great, but who says it has to be over in a few pages?

So outside of those “usual” King issues, if you were to count Doctor Sleep as its own book, it certainly wouldn’t be a failure.  It’s eerie, has great characters, and terrific pacing.  The weaknesses of the book (including one seemingly random character twist near the end) don’t necessarily ruin anything–it just makes it disappointing when you remember what a massive achievement The Shining is.  So my advice is to read it as its own book–I honestly think you might enjoy it more.  Because as a book, Doctor Sleep is a pretty fun thriller, and a decent enough ride.  But to compare it to King’s (or Kubrick’s, for that matter) The Shining largely cripples its impact.