I’m getting sick of adaptations–even when they’re good.

When I taught playwriting, there was always a very important lesson that I tried to put as early on in my schedule as possible.  The lesson was fairly simple, and began with a single question:

Why are you writing a play?

I didn’t (and don’t) mean that in some sort of extreme, existential way.  Indeed, my least favorite day of any art school class was when the professor insisted on writing “What Is Art?” on the dry erase board.  No, I mean that question in a very practical sense: why is your story a play?  Why not a short story?  Why not a poem, or a screenplay?  The question came from years of watching myself and others write plays that included a couch dominating the center of the stage.  Or a hundred thousand scene changes.  We weren’t writing plays, we were writing teleplays and screenplays.

So why did we keep falling back on plays?  Well, it’s simple to pull off a play, in the grand scheme of things.  People have been doing it for millennia.  You’ve got the high school auditorium and fifty bucks to spend at the goodwill on ill-fitting costumes?  You’ve got yourself a play, my friend.  And I don’t care what your friends smoking skunkweed outside of the Starbucks told you: plays are not inherently better than film or television.  Not as far as the medium itself is concerned.  A medium is simply the ocean you float your story-raft on.  And with recent word that the World of Warcraft movie is officially a thing that is happening, I think it’s important to remember that video games are a medium that is just as valid as any other, and that adapting them to any other medium isn’t necessarily some sort of victory, whether that adaptation is a film, television show, or even a book.

Daniel Hope recently published a column on LitReactor entitled Five Video Games That Would Have Made Better Novels, and I’ll admit that it pissed me off.  Daniel didn’t set out to do that.  Indeed, his column is well-written and not snarky toward gamers in the slightest.  He clearly set out to make the piece fun and as non-controversial as possible.

And yet I was still angry.

If you parse the comments section, you’ll see a tepid response from me, and that was only because I knew I needed to go home and eat an egg salad sandwich and collect my thoughts before I became some sort of gamer troll that blows up at the tiniest provocation. 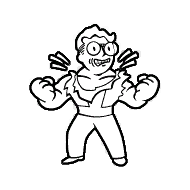 That’ll do, internet.  That’ll do.

My frustration stems from the notion that books as a medium are superior.  That any story or any idea is made better by it being a novel.  Which, I’m sorry fellow nerds, is nonsense.  Games are having a hard enough time being taken seriously as an art form without it being implied that everyone involved in making them is essentially too lazy to tap out 100,000 words instead.  That notion is insulting and ridiculous.  Take, for example, his choice of “Any LucasArts Adventure Game”.  He says that “every last one of these games are perfect”.  Well, if that’s true, why are they on the list?  Curse Of Monkey Island isn’t made somehow superior if it’s written out as a novel.  It’s already done.

Don’t misunderstand me: I love books.  I truly do.  Anyone who utters the words “I don’t like reading” around me might as well not exist–they have been written off in my mind.  But interactive activities such as video games are no less an artform.  Sure–we’ve got 12 year olds screaming slurs into headsets all over the country, but that doesn’t make Papers, Please or Spec Ops: The Line any less magnificent.  Neither would accomplish half of what they do as books or films, because they are saying something that only properly comes across when being played.  You need to interact with them for them to work their magic.  And as long as Twilight, Pride & Prejudice With Zombies, and Snooki’s autobiography exist, books aren’t allowed to claim some sort of immunity to the disease that is cultural idiocy.

Daniel Hope isn’t some video game virgin–reading his article proves that he knows his business well enough.  But to suggest, for example, that we’re missing out on something in Bioshock by actively experiencing the world around us instead of reading about it through the eyes of a third person, is damned insulting, and misses the point entirely.  The failed paradise of Rapture, the dream of Andrew Ryan, the terrifying Big Daddies, the sweeping twist and the illusion of independence–all of this is experienced, firsthand, by the player.  I have no doubt that a talented author could make something terrific out of that.

But it’s already done.  And it’s done incredibly.  And to suggest that it would have been better as a book seemingly because “books are better” only relegates this artform into the kiddie pool when it has barely cracked the shell that surrounds it.

Hope was clearly trying to make something fun out of this list.  His addition of Duck Hunt to the list makes that clear.  And that’s fine.  But I seriously doubt that I’m the only person who found this whole notion pretty insulting.  Games are capable of so very much–but the longer you pigeonhole them as a medium that is somehow “less than”, the longer you have to wait for the next work of art to hit your computer or your console. 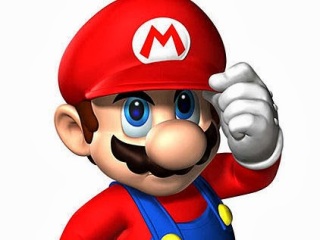 And Fifty Shades Of Grey would have made a better Mario game, so bite me.

One thought on “Why Books Are Books And Movies Are Movies.”